This is what I offer, having developed my skills while working with Italian and international design agencies. I use the services of a huge network of professionals, and our contribution helps small and medium-sized enterprises to make a difference by achieving and maintaining a secure position on the market.

“Adapt the technique to the idea, not the idea to the technique", said Bill Bernbach, the great American publicist. This is the “good creative sense” which has led me to avoid easy solutions, based on passing fashions, technical whims, or soulless manipulation. My working method is to use both old and new techniques to exploit the power and attraction of visual expression, and so to involve the consumer while also focusing on the market objectives. Indeed, I believe it is a sound philosophy to combine technique and marketing with a healthy dose of artistic flair, to produce solutions which can communicate the values of the individual brand in an intriguing way. 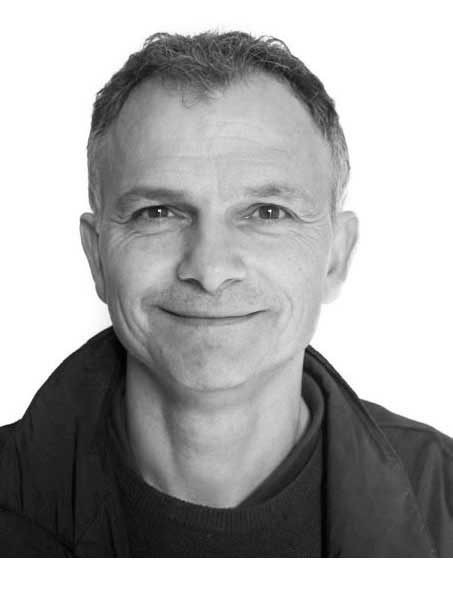 Toni is a Italo-Swiss graphic designer who received his education in the Schule für Gestaltung in Bern. He started his career in 1987. For the following 10 years he is a full-time employed graphic designer. Afterwards he starts to work as a freelancer and collaborates with prestigious Swiss, Italian and French communication agencies like Giò Rossi, Design Group Italia, Ard Vevey, Coleman Schmidlin Basel, Landor Paris, Carré Noir, Lumen, CB’A, etc. Also, during that time he teaches branding and packaging design in two renowned schools in Milan, namely NABA and International College of Sciences and Arts.

As freelance Graphic Designer since 1997 he successfully manages communication projects, giving the best of himself in Corporate, Brand and Packaging Design. He is influenced by the big masters of “marketing oriented” design and adopts an analytical and strategic way of being creative. This method seeks to differentiate each and every project by adopting different graphical solutions that stand out for their originality, allure, functionality, pertinence and also exalt the alluring potentiality of graphic-illustrative design language. His work was awarded in Milan with 15 Mediastars prizes: 2 first prizes, 6 Special Stars and 7 short list nominations. His work was published in several sector specific magazines. Attentive to the influences that have an impact on the design sector, he believes in the web since 1997. Since then he conceives, sets-up and handles websites, blogs, animations, banners, etc.

Toni considers new media as an integrative part of a communication project, though he is aware of the technological limits of the web and integrates coherently traditional communication with web communication. Since ever he is passionate about drawing and painting and continues to develop his talents by producing illustrations for the communication sector. As he understood the importance of the digital evolution since his very beginnings, he works with Mac since 1988 and combines traditional design with design with Illustrator and Photoshop.

Toni considers himself as a hybrid between tradition and innovation. He uses digital photography by bending it in favor of art, where it’s the artist that dominates the medium and not the other way round. He has a strong passion for water and whenever he has the opportunity he tries to dive in rivers, lakes and in the sea. He wins the first price at the competition “Fotografare l’Adda” in 2009 and since then he continues his research that seeks to capture the reflections that this river creates. He translates the comparison between light and river with photographic works that express themselves more like paintings than like real photos. His works have been showed in several photo and artworks exhibitions.

Although he was born and raised in Switzerland, Toni always appreciated the Italian culture and especially Italian food. He likes to cook, being well aware of the fact that this represents the last bit of history that gets lost in Italic times. His favorite dish is Lasagne, but without besciamella..

FIND OUT WHO I AM.